Another Measure of Grace

I have been blogging in my Monday Blog (www.ted4you.com) in regard to some things I am hearing for the coming year. Today I want to challenge us as leaders to embrace the substance of Christ in a greater way and to inspire those we lead to embrace a closer, deeper, and stronger connection to God, His way, and His purposes in the earth. Some of what I write today, I have written before; but the Spirit of God has impressed my heart to stand fast on the Rock of Christ in the midst of our day. We are in the midst of a wrestle of grace. The giants before us are only meant to inspire our connection to God to become people who are steadfast, anchored, trustworthy, enduring, immovable in our faith, dependable, habitations of precious treasures, authentic testimonies of truth, faithful, solid in the character of Christ, strong in the Lord, unshakeable in our love, foundations for generational inheritances, refuges of hope, shelters of life, strongholds of God’s love, and ambassadors of the salvation God in the environment of our word. To be the community of the people of God we must come-to-unity, come-to-union, and manifest that we are for His story, His plan, and His glory in all things.

I have believed for the past twenty years that we are in the midst of a sixth thunder of God’s grace working in the earth. As we look at the ages of the past we can see the fruit and the seed of harvest of God’s kingdom. In the early 1500’s there was a Reformation in the Church. The grace of the Spirit of the Lord and a revelation of justification by faith was released into the earth. I believe that reformation opened the door to an increasing revolution in the church. The church is the gate of heaven in the earth and it is through the church that the influencing power of true revolution and reformation is released into the earth. “The just live by faith” is still a resounding testimony in the nations. We can all experience the increasing fruit and testimony of the desire of the nations. We have been granted the power of repentance unto life and a testimony of repentance from dead works in Christ. The Reformation opened in the 1500’s continued to sweep the nations as we came into the 1600’s and 1700’s. In the last half of the 1700’s to the first half of the 1800’s there was a great Holiness Movement. Over 150 denominations were birthed based upon the testimony of sanctification. I believe that the diversity of denominations reveals a truth of individual revelation in works that speak of our faith. Our faith cannot be a sanctification unto God based upon unified conformity. It must be based upon a personal revelation of faith towards God and our own works that speak of that faith. A grace of the Spirit of Wisdom and faith toward God was released as fruit and seed to the progressing generations. At the close of the 1800’s and the beginning of the 1900’s there was a Pentecostal Movement. A grace of the Spirit of Understanding and the testimony of Holy Spirit submersion was released as fruit and seed to the generations. The testimony that comes by submersion in God has become an increasing unstoppable reality in the earth. We are submerged in His presence and there is a supernatural testimony of His presence available for us all. At the middle of the 1900’s there was a Later Reign Movement and a Charismatic Renewal that brought a grace of the Spirit of Counsel and the testimony of the authority of body membership and ministry. The authority of the laying on of hands with the testimony of Christ’s healing life was released as fruit and seed to the coming generations. The testimony of authority that gives life to others was ushered in through the gate of heaven and it continues to grow, to thrive, and to mature in the generations. At the close of the 1900’s there was Faith that comes by hearing God, Prophetic ministry as a testimony of His voice, and a testimony of Renewal given to the Church as a response to His manifest presence in our lives. A grace of the Spirit of Might with the testimony of the resurrection life of Christ was given to the progressing ages of men. The fruit and seed of hearing God, speaking God’s words, and knowing God’s manifest presence was given to the generations. As we have entered this 21st Century we are being called to an increasing testimony of Communion and a reaching of the communities of the world with the community of Christ. We can expect weapons to be formed against this, but God’s plans are more powerful than the defensive strategies of the enemy. Unity through diversity is the call of the day and a demand for a justice system of love overshadows the need for a justice system of mere right and wrong. Spiritual powers of darkness are reacting to the onslaught of the light of God’s grace and in the natural it appears to be a time of information, but God is bringing about a testimony of intimacy. A grace of the Spirit of Knowing with Christ’s eternal judgment of love is being given in our present generation. A dependency upon God and His heavenly communion is becoming the available testimony for those hungry for life, but there is a spiritual resistance of demonic powers reacting to the uncovering of intimacy. We are masked, divided, isolated, deceived, and bound to judgments that come by human knowledge and judgments according to the flesh. In the midst of this present reality in the earth there is a Jacob generation, a generation of God-seekers, that desires the blessing of God to be God’s blessing in the nations. The resistance to this present grace is only manifesting to prove the strength of God’s grace of the Spirit of Knowing. A Jacob generation is being transformed into an Israel generation, a generation of princes and princesses with God who bring a culture of inheritance into the earth and a testimony of the true Israel of God is being called for among the peoples. The earth will see the people of God revealed in a greater way. The kingdom of God is continuing to increase with the testimony of food and seed to the ages to come.

We must embrace the reformation of today and not merely call for a repeat of something in the past. Does God do something every 500 years? Or has He been doing something amazing for the past 500 years that is available for those who have eyes to see it and ears to hear what the Spirit is saying to the church? The coming of the Lord is a constant and increasing coming that leads to deeper measures of His river of grace and greater testimonies of His glory in the earth. The leaven of the kingdom of God is meant to fill the life-giving bread of humanity as heavenly food to the generations. The mountain of God is filling the earth and rising up as a testimony to God’s ways, God’s path’s, His law of love, and His testimony of peace to all men. The government of God is increasing in the nations and the generations of mankind. The coming of the Lord is not a fearful thing for those in Christ. The end of every age is harvest and there is a coming of the Lord in all the generations of men. The Spirit and the Bride still cry out come Lord Jesus, come! He is riding on the clouds of His manifest presence in the earth. The church is the gate of heaven and angels are ascending and descending to bring about the influence of the Kingdom of the Lord and the will of the Father is being made known by the presence of Christ in the church. As leaders, let us lead others into the present manifestation of grace in the earth. It is time for another measure of life. 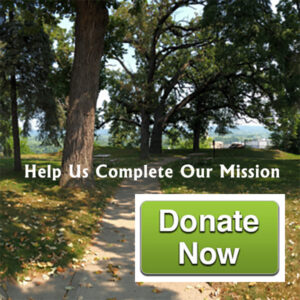