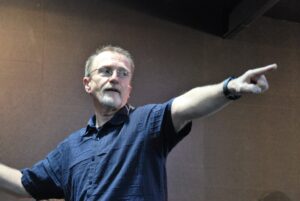 God has put the path of life and the path of death in creation. That path is not meant to merely bring blessings into our lives. It is meant to reveal who God is in our lives and to beckon a response from us to know God in and from our hearts. It is through a relationship with God that we become the true likeness and image of God with the revelation and authority to open the path of life in the earth for creation and the world in which we live. We become like Him when we seek and find Him. It is not Him knowing us that makes us like Him. It is us knowing Him that empowers us to become expressions of Him and His life. God wants us to find Him that we might know Him and become who we are meant to be for the glory of God in the earth. God has hidden the mystery of His godhead within the fabric of creation. Creation is an expression of the Creator and like the Law, it is a shadow of what is really true and good. It is a reflection of who God is. When Abel gave God his offering of the first and of the best it was at a discovery of something hidden in the laws of creation that were a shadow of an intimate relationship with God. An intimate relationship with God will reveal that He is first in life and that the best of life belongs to Him. When we put God first, God becomes first in all that we are and all that we have. When God is first all of the rest is blessed. An intimate relationship with God will also reveal that when we give God the best, even the least in our lives becomes the best by God’s presence in even the least. These things are hidden in creation, but they are made fully real in our lives as new creations in Christ. Abel discovered these truths by revelation.

Genesis 4:1-5 Now Adam knew Eve his wife, and she conceived and bore Cain, and said, “I have acquired a man from the Lord.” Then she bore again, this time his brother Abel. Now Abel was a keeper of sheep, but Cain was a tiller of the ground. And in the process of time it came to pass that Cain brought an offering of the fruit of the ground to the Lord. Abel also brought of the firstborn of his flock and of their fat. And the Lord respected Abel and his offering, but He did not respect Cain and his offering. And Cain was very angry, and his countenance fell.

Abel’s offering of the first and of the best were a testimony of honor to God. As leaders we must set an example in honoring God and in inspiring others to honor Him. In this, the path of life is found. Mankind is the highest level of creation in the earth. Men and women were created in the likeness and the image of God. When the highest form of creation honors the Creator, the rest of creation honors mankind. Able discovered this truth hidden in the fabric of creation. Cain, the firstborn, did not understand these truths because his focus and desire was for himself. As a self-seeking man he failed to discover the secret of honor to God. His end result was that of murdering his brother Abel, leaving the presence of God, and becoming a vagabond and wanderer in the earth. God didn’t put those things upon him, he embraced a path that was less than the life that God had place before him in the earth. God has placed a path before us all that is a path of life, but we must honor God to find the path of life set before us by God in the earth. Although Cain killed Abel, Jesus was the redemption of the path of Abel that gave all of mankind an access to God as Father in a path of honor in the earth. The blood of Jesus is the life-force for redemption of all of mankind whereby we can each hear God in our hearts and live a life of honor to God in all things. The blood of Jesus is the gift of God’s mercy that leads to the power of God’s grace that we might know God intimately and find the path of life set for us all in the earth.

Hebrews 12:22 But you have come to Mount Zion and to the city of the living God, the heavenly Jerusalem, to an innumerable company of angels, 23 to the general assembly and church of the firstborn who are registered in heaven, to God the Judge of all, to the spirits of just men made perfect, 24 to Jesus the Mediator of the new covenant, and to the blood of sprinkling that speaks better things than that of Abel.

Abel recognized that God was the first and God was the best. There was no commandment. There was only a revelation of honor hidden in creation that was discovered by Abel. Because He saw who God really was, it was easy for Him to give offerings that were expressions of who God was. God honored Abel because Abel’s offerings were ones of honor to God. Jesus offered the greater honor to God as a man. He gave His life as a firstborn for all who find themselves in Christ. He was the best who enabled even the least of men to become the best in all that they are in Christ. Jesus did these things because He saw who God really was. He saw Him as the Father of life, the One who empowers us all to be the likeness and image of God in the earth. Jesus was the brightness of the Father’s glory and the express image of His person in human flesh. This is the ultimate destiny for us all. As leaders we must lead others in becoming lights of the Father’s glory and expressions of His image to the world in which we live. This is the path of life that brings life to our world.

Checks can be made payable to House of